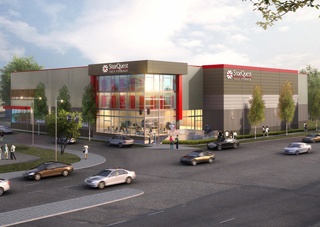 All the residents moving into RiNo have to store their extra stuff somewhere.

The William Warren Group is getting ready to break ground on a $14 million StorQuest self-storage facility at the edge of RiNo in Globeville.

The company bought about an acre at Washington Street and Interstate 70 last month for $1.43 million, a plot Denver-based development manager Jon Suddarth said was perfect for getting to the interstate and downtown.

“The visibility to the freeway is huge,” he said. “It’s a major ingress and egress point to downtown and the RiNo area, especially with all the new apartments that are being built on Brighton Boulevard."

Suddarth is planning to break ground on the new facility early next year and said it will take about 12 months to build. Plans call for about 80,000 square feet of storage space, split between about 900 individual units.