Christensen, in an interview with CFO Journal, said his new role is to help William Warren and its StorQuest Self Storage brand take advantage of the leaner cost structure that is available to it as a private company and become a “better, quicker and faster” self-storage company that can grow. 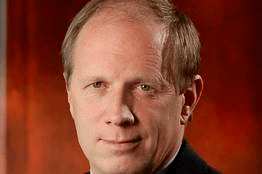 On April 9, William Warren, of Santa Monica, Calif., said Christensen will be in charge of institutional capital relationships and infrastructure development, and also will assist with strategic partnerships. As CFOJ reported in December, Christensen left Extra Space after 13 years, the most recent six as CFO. He and Extra Space CEO Spencer Kirk, who assumed leadership in 2009, differed over management and strategy, but the parting was described as amicable.

The management differences between Christensen and Extra Space CEO Kirk included how patient the company should be with the performance of property owners whose facilities were being managed by Extra Space, both parties said in December. Christensen was in favor of a lenient approach and working with the owners to improve results, while Kirk was quicker to jettison underperforming partners.

In December, Extra Space said Christensen “has a lot of management time ahead of him,” and has what it takes to be a CEO someday. Christensen told CFOJ there is no established succession plan

Christensen told CFOJ on Friday that he signed a non-compete agreement with Extra Space, but it only precluded him from joining a small handful of public self-storage competitors. Namely, Christensen can’t work for Public Storage, CubeSmart, Amerco’s U-Haul or Sovran Self Storage for a period of one year following his departure.

Christensen said that the effort to build companies like William Warren, which operates roughly 60 self-storage locations in California, Arizona, Colorado and Hawaii, into a several-hundred-store rival, would take more time than any reasonable non-compete agreement would last. Of the stores, 45 carry the StorQuest brand.

Last year, Christensen received compensation valued at nearly $1.7 million, including a cash incentive payment of $417,729 and $844,217 in stock and option awards. As part of his severance, half of his 2011 equity awards vested on his departure and the remainder were forfeited, according to a proxy filing with the Securities and Exchange Commission this month. His previously granted unexercised options also vested under the severance agreement.

« Back to The CFO Report