Professional Can Help You Organize Your Home - and Life

SERVING THE COACHELLA VALLEY SINCE 1927

Professionals can help you organize your home -and life

Justin Klosky created the O.C.D. Experience; he organizes and creates discipline with his clients to declutter homes, offices and businesses..

Home organizers make a living by the mantra “a place for everything, everything in its place.” Drawers are able to close, closets can be navigated and excess clutter from all rooms has been removed. They know that life gets a little simpler when everything is organized. 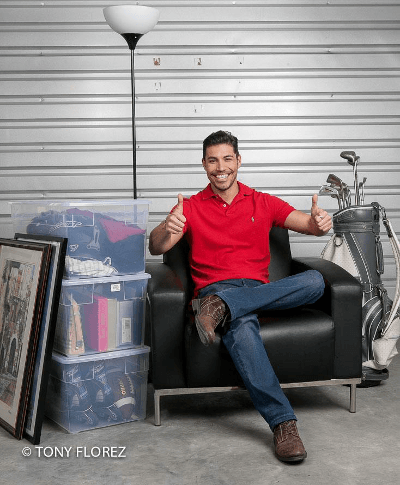 Attaining picturesque rooms and closets can be difficult without the extra help of outside reinforcements. It can be even more difficult to sustain the changes. But with a few tips, hints and suggestions from the professionals, living in an organized home can become a reality.

“It all comes down to people not wanting to let things go,” said professional organizer Justin Klosky. “People are scared that if they let something go, they might need it one day.”

Growing up, Klosky suffered from obsessive compulsive disorder, but harnessed his attention to detail into a business to help others overcome their own struggles with possessions. The actor turned businessman is now the founder of O.C.D. Experience, which cleverly stands for “organize and create discipline.” Klosky works with homeowners and business owners to work through clutter and establish a more organized life. He also partnered up with StorQuest Self Storage, a storage facility with several locations in the region, to show people how to optimize the space of their unit if they decide to put their effects into storage.

“Have what you need in your life,” Klosky said. “The more simple your life is and the less stuff you have to create places for, the easier you’re going to be able to operate.”

The room that probably amasses the most extra clutter in Klosky’s opinion is the home office.

“So many people are working from their home and so many people are trying to have a functional life inside of their house that it becomes something of a merging of two worlds,” said Klosky.

The extra clutter comes in the form of old documents and loose papers. The room can be easily organized once people understand what papers and documents can be digitally scanned, shredded or filed away, said Klosky.

Coming in right behind the office as the most messy include the children’s playroom and the garage, he said.

But Nan Dickinson of Palm Springs has seen her fair share of messy closets and kitchen pantries.

Stemming from a childhood of preferring her possessions neat and tidy, Dickinson enjoys helping other organize their lives and homes. She doesn’t have a website or a name for her services; she simply relies on word of mouth from clients.

“Life is so simple when everything is organized,” Dickinson said, who’s favorite space to tackle is the bedroom closet. “You would never believe how much room you have once you start to organize.”

Collecting and storing is natural, but after accumulating things for years, it’s important to ask the question, “How much stuff is too much?” For Klosky, that point is when the clutter starts affecting day-to-day routines.

“If you realize that you’re exhausted and you’re being held back from your daily routine, you’re not achieving your weight goal, you’re not getting a job promotion or you have little time with your kids ... anything that is pulling you back, which, all of it in my opinion, will equate to the way you live your life and the way you have your life organized, that’s when it’s become too much,” Klosky said.

Klosky compares home organization to starting a new fitness regime at the gym to lose weight. While it can be done in stages, for those wishing to “go for a full-body makeover” and get to the root cause of the problems, everything needs to get overhauled.

“Pick a place that you will most likely will visit everyday in your life,” explained Klosky. “Start with one project at a time and go head on.”

Throwing away, donating or recycling is key, but these tasks can be cumbersome.

Step by step, room by room, the whole project will come together, said Dickinson, but it’s all about small steps.

Keeping the room visually stimulating is also important, said Dickinson. In the closet, for example, use one style of hanger instead of a mixture of plastic, wood or wire. In closets, Dickinson prefers clear containers, in which contents can be easily recognized.

Dickinson recommends functional storage for the remainder of the house. “Don’t buy anything unless it’s functional,” she said. “Even a little bench, make sure it opens ... Make everything you own work.”