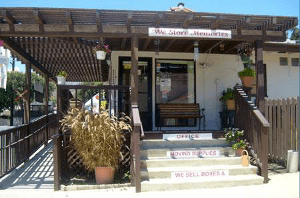 Storquest Self Storage Opened in Claremont

STORQUEST SELF STORAGE OPENED IN CLAREMONT

WWG, which owns and operates StorQuest Self Storage, will rebrand the property as StorQuest, making it their 29th branded facility in Southern California. The StorQuest Claremont will be the 13th branded location so far in 2014.

“This asset provides a tremendous opportunity and an ability to capitalize on the continued economic growth in Southern California,” said Bill Hobin, president and CEO of WWG. “We are thrilled with our continued growth and are proud to announce WWG now has 102 locations in the company’s operating portfolio.”

About The William Warren Group & StorQuest Self Storage

The William Warren Group, Inc. (WWG) is a privately held, fully integrated, entrepreneurial real estate company that develops, acquires and operates self storage assets in major metro markets in the US. For the past 20 years, the Santa Monica, Calif., company has taken a long term perspective by focusing on assets that offer growing cash flow and capital appreciation opportunities. To learn more about The William Warren Group and its proprietary brand of StorQuest Self Storage visit: www.williamwarren.com and www.storquest.com.